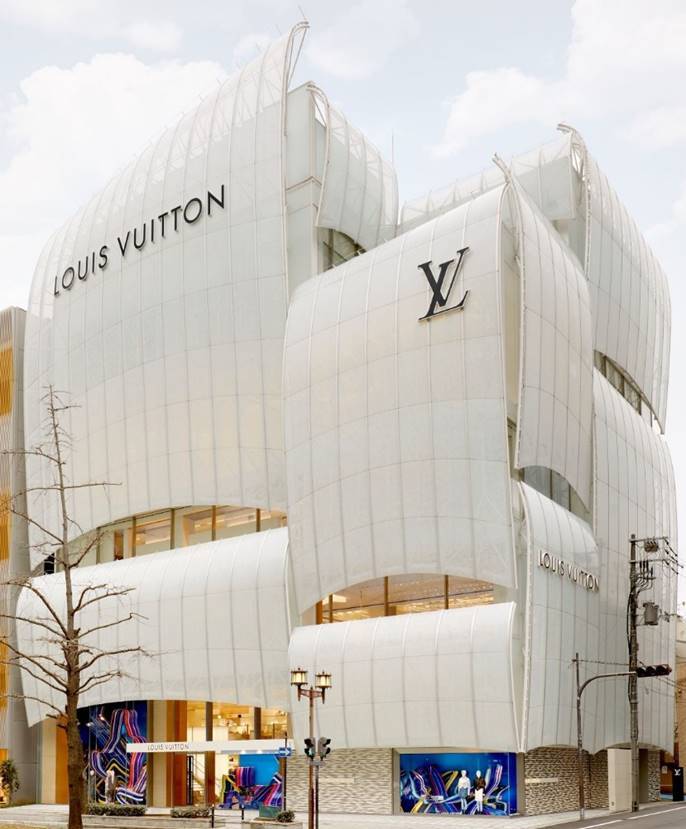 On February 1, 2021, the first "Espace Louis Vuitton Osaka" in western Japan will open on the 5th floor of the "Louis Vuitton Maison Osaka Midosuji".

Following "Espace Louis Vuitton Tokyo" which started at the Omotesando store in 2011, "Hors" which introduces important 20th century works and exhibits the works of "Fondasion Louis Vuitton", an art institution specializing in contemporary art. As part of the "les-murs" program, it will be an art space that provides more people with access to their work through international projects. The first exhibition will be announced later.

Louis Vuitton Maison Osaka Midosuji, designed by architect Jun Aoki, opened in February of this year as the largest store in Japan. In contrast to the Omotesando store, which features an architectural design that resembles a stack of trunks, which is the origin of the Maison, the Osaka Midosuji store is symbolized by a façade inspired by the Higaki Kaisen, which is reminiscent of the history of Osaka, which was once a city of the sea. It has become. In addition to the full lineup of brands on the 1st to 4th floors, the first cafe "LE CAFE V" and the referral restaurant "SUGALABO V" are also located.