The arrival of historical moment

In the circumstances as I mentioned in Season 1, the environment surrounding the vintage Rolex has reached a new dimension. And in October 2017 the day of destiny will celebrate. Announced that one amazing watch will be sent to Phillips in NY. It is a 6239 Paul Newman model owned by the actor Paul Newman himself. Yes, that legendary individual that was wrapped around the arms of that famous, Paul Newman's picture is said to appear in the auction. It can be said that auction exhibition of this watch was exactly a historic big work that PHILLIPS could have made.

The highest successful bid amount of the previous watch was 7,300,000 CHF (yen 900 million yen) at 5016 A custom-made blue dial of Patek Philippe at the PHILLIPS auction of 2015. This time, individuals of this legendary Paul Newman can surpass it or the interest of watch fans around the world concentrated on that one point. And the result is 17,752,500 USD (2,030 million yen in currency), making a successful bid for an amount that greatly rewrites the maximum amount of wrist watch history. It was a historical moment where the price of one ROLEX watch stood above all Patek Philippe. 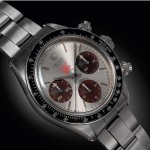 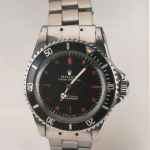 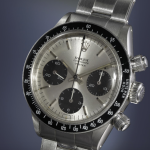