Regarding the recent trend surrounding Ref.5512.

Ref.5512 was the first submariner to have a crown guard, and was produced for roughly 20 years, from 1959 to 1977 (27 years with Ref.5513). The initial and latest models are completely different, so understanding the market is much easier.

Originally, there was also Ref.6538, the popular ‘James Bond’ submariner, which is basically worth more without a crown guard with the same structure. So the market price for Ref. 5512 is lower per Ref.5508 and Ref.6536/1 without a crown, but until this now only initial Ref.5512 models have soared in price, becoming much greater than Ref.5508 and Ref.6536/1 without the crown guard.

The circle mirror produced in early 1959 through to 1965 is central to the remarkable rise in the price of Ref.5512. The crown guard is different in shape to the initial SCG, as the popularity of the exceptional EAGLE BEAK concentrated on a circle mirror dial and 4-line notation up until 1965. This considerable increase in price is also found with the so-called ‘Ref.5512 4liner’ model. 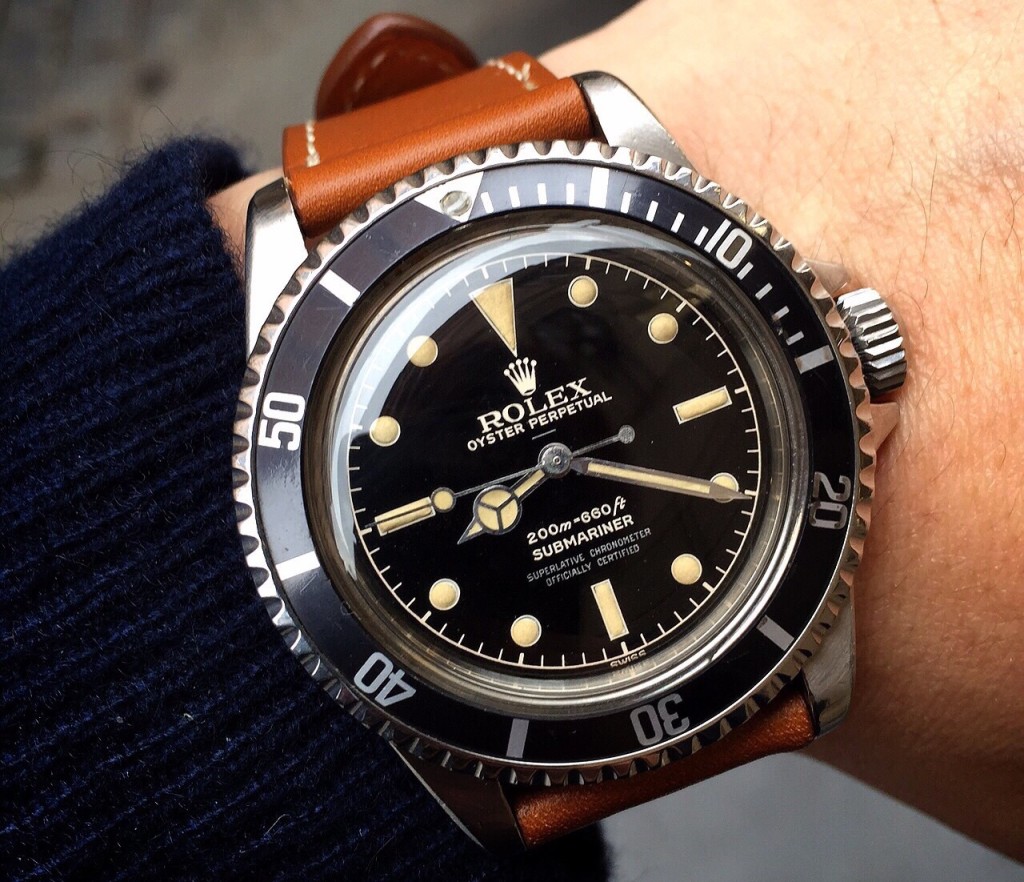 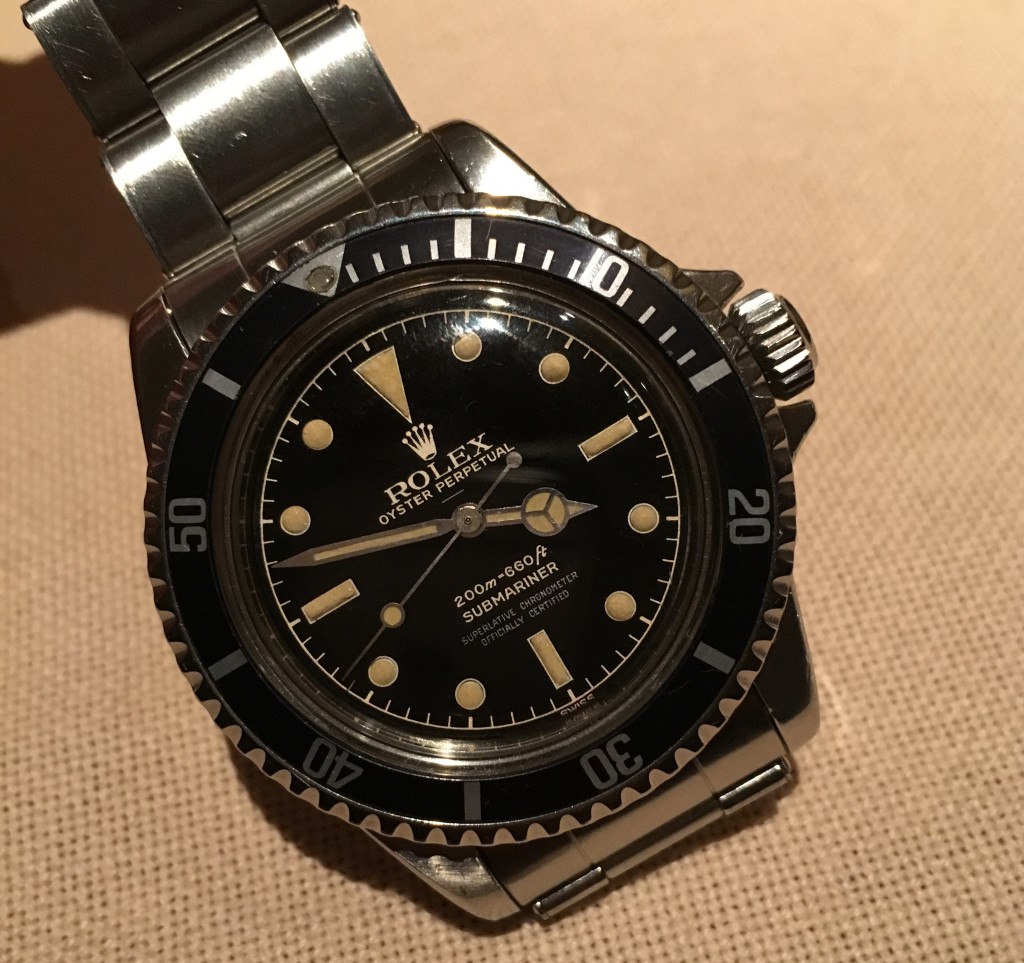 Among 4liner, especially with the underline, the good condition of ‘underline 4liner’ is causing the price to really rise. Even though 4liners without underline and exclamation mark haven’t the same value, the overall market has risen considerably. Because of this, even 2line circle mirror models are already beginning to fetch more, higher than the standard non Oyster Daytona. 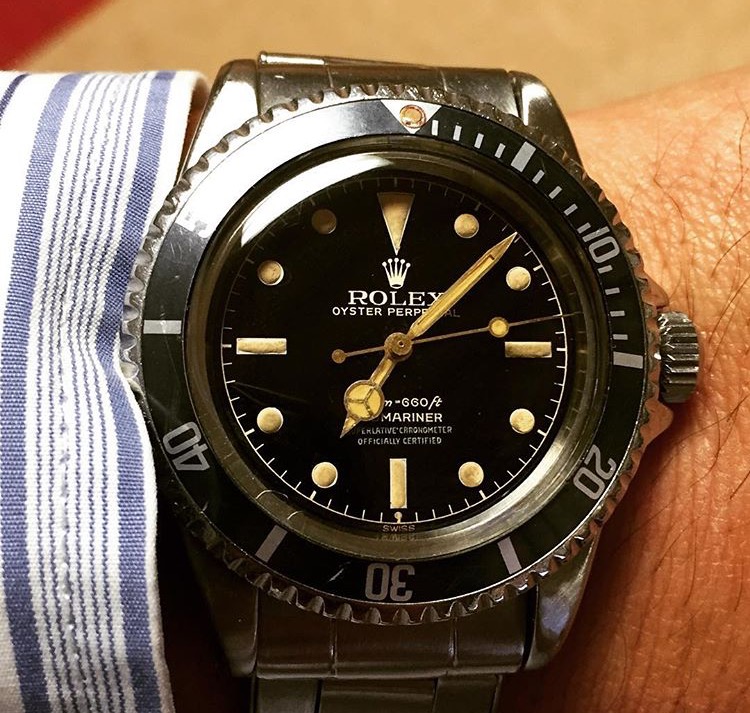 This is the exclamation mark entering the 4line range. Can you see the dot at 6 o’clock? The market price for underline is the highest!

While the ‘50s sub has become slightly larger (though it’s still smaller than the ‘50s sub) in addition to the delicate vintage quality, don’t you think it’s also comes with a certain kind of charm? 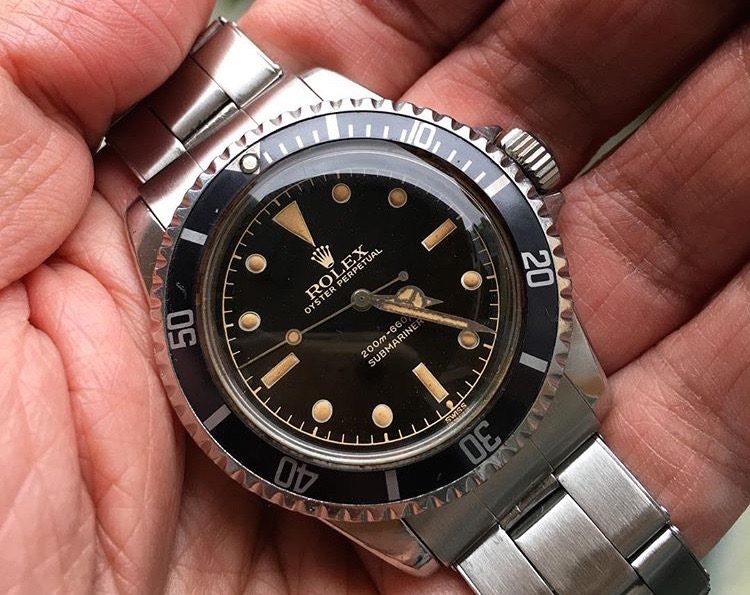 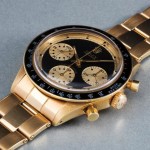 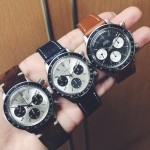 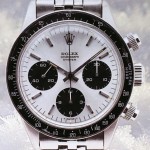 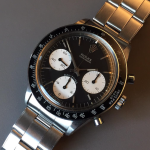