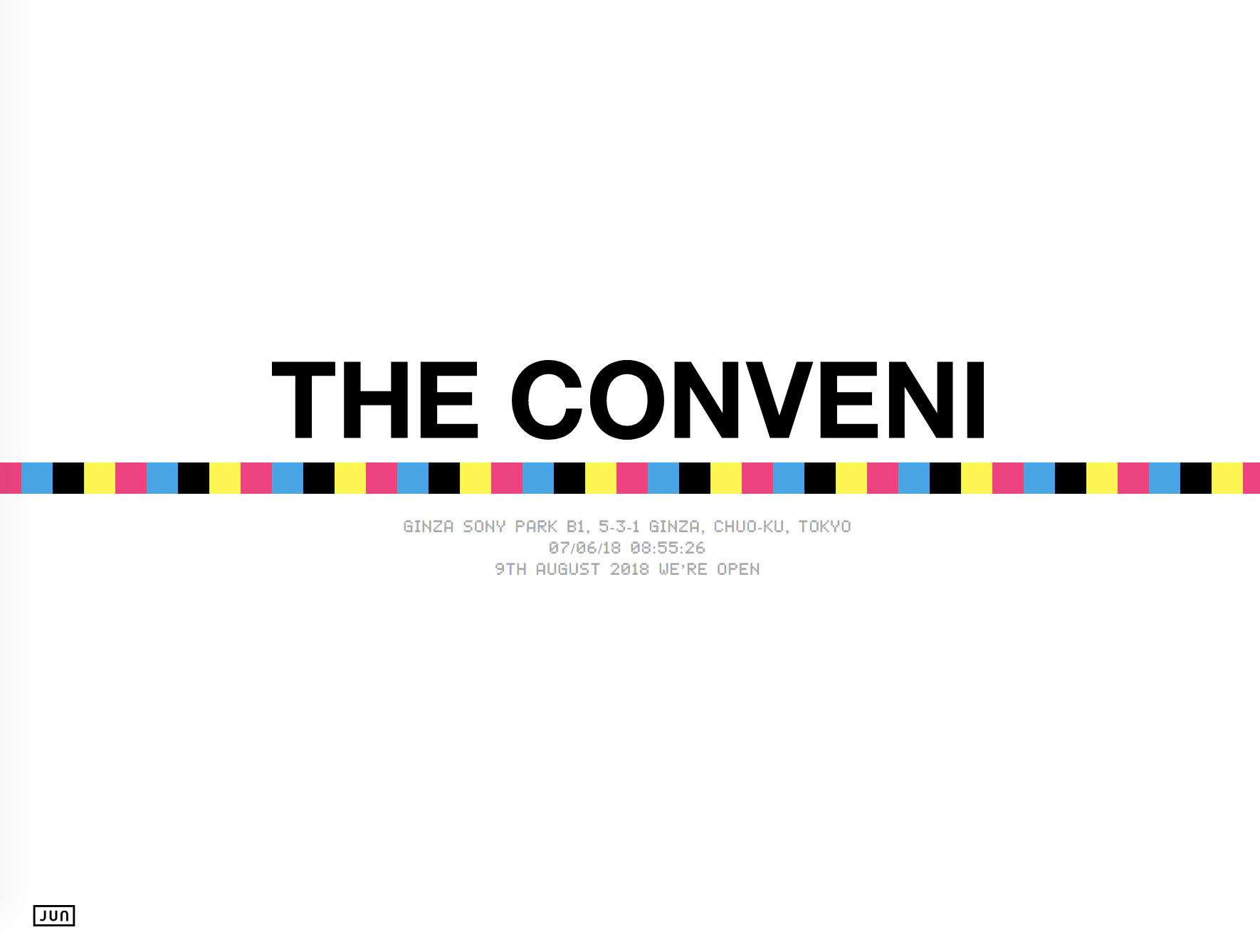 The opening day of the new concept shop "THE CONVENI (the convenience store)" to which Fujiwara Hiroshi is directed will be decided on August 9. Operation“up until now with something like The POOL Aoyama"And" THE PARK · ING GINZA "JUN is in charge. Together with the announcement of the opening day, the logo was released at the dentist site and Instagram.

"THE CONVENI" opens on the first basement of GINZA SONY PARK, which opens on the same day. On the same floor, a dumpling stand "MIMOSA GINZA" produced by MIMOSA (Mimosa) who won the Michelin star will be opened.