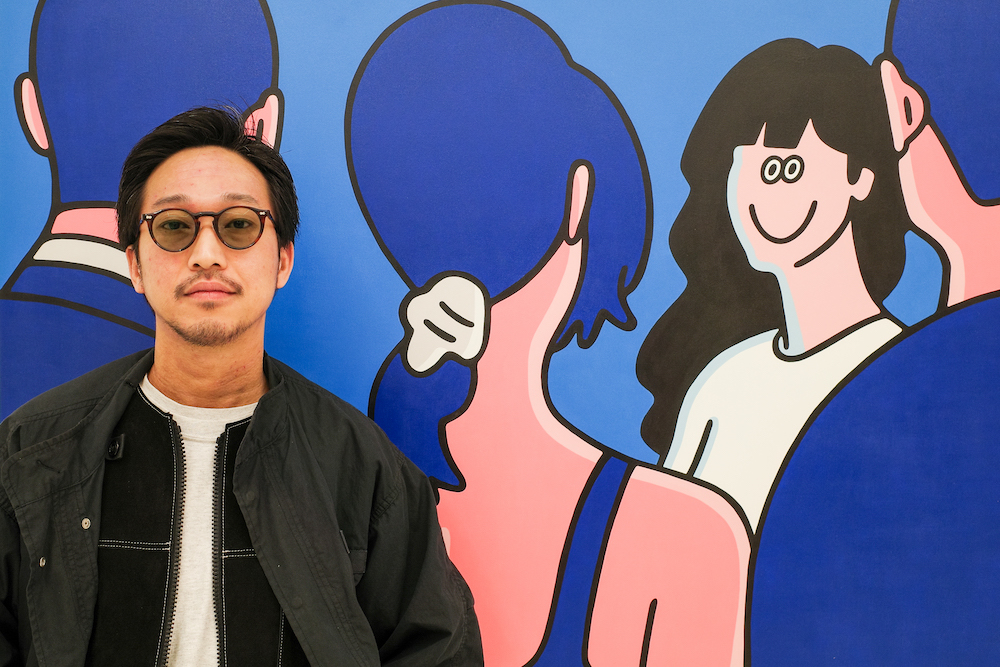 "Everyone smiles the same." - The "Taking Peace for Granted" exhibition, which is the first solo exhibition by "cynical pop" artist FACE in five years, is currently being held at GALLERY TARGET in Harajuku. 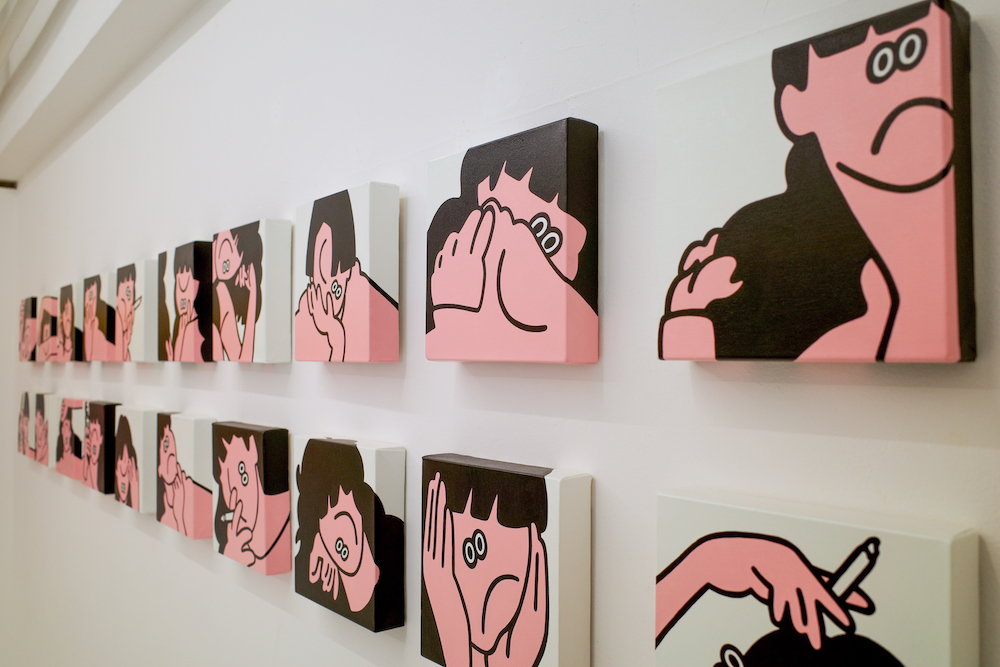 Everyone has come across FACE's "smiley face" drawings somewhere before. The faces leave a slightly off impression, with eyes that are connected and mouths set too high up, and like pin-the-tail-on-the-donkey, displacing and inverting parts of each piece can change the expressions drastically. The work "toybox," comprised of 20 pieces on small canvases measuring 200mm x 200mm that show the expressions of a childhood friend, gives us a glimpse at the range of possibilities as things jump out of the frame of the girl's face, being largely displaced and everchanging. FACE's uniquely superb style of composition and drawing out the scenes is evident in the large-scale piece "Mienai Knife" that led to the invitation to hold this exhibit, is very cynical with a girl smiling as she stands in front of three other figures. Her smile looks fake, as if she might be trying to mend some wrong. A large number of FACE's recent large-scale works can be seen at this exhibit, including collab works with MHAK, whom he respects, and shaded portraits.​ ​ 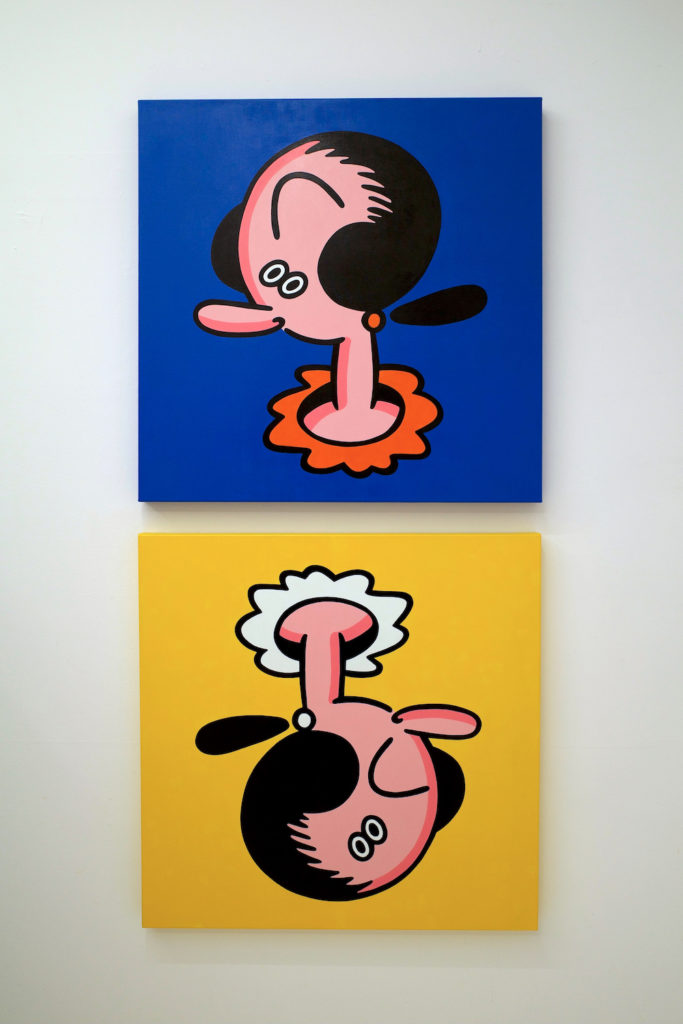 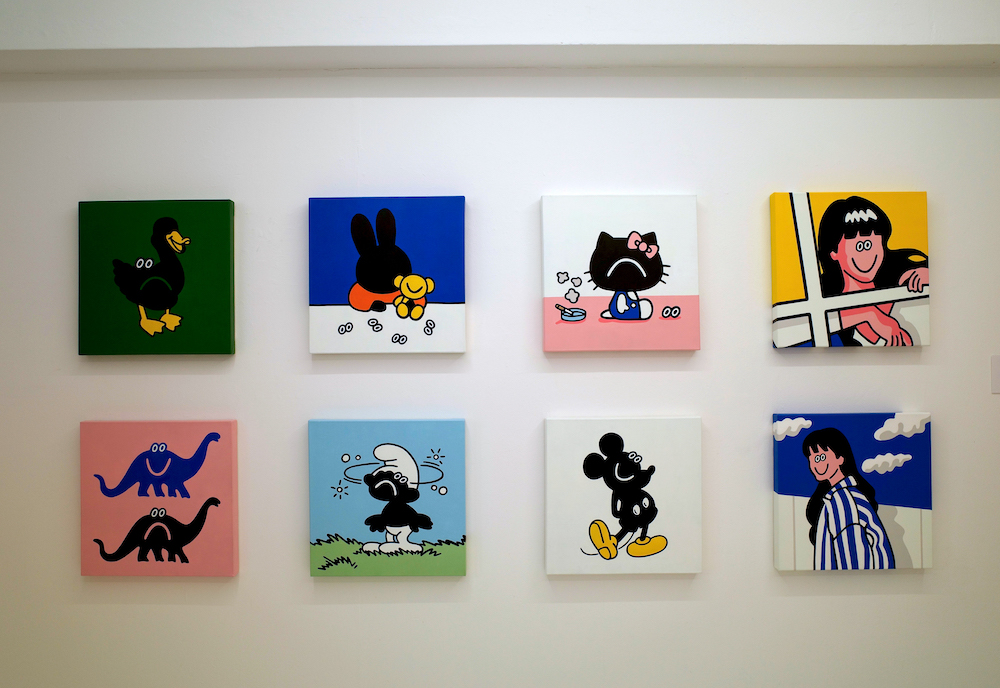 Pieces featuring popular children's characters are included in the work "Sagashimono" that depicts faceless characters with eyeballs falling onto desks that you can't help but feel the playful irony of. 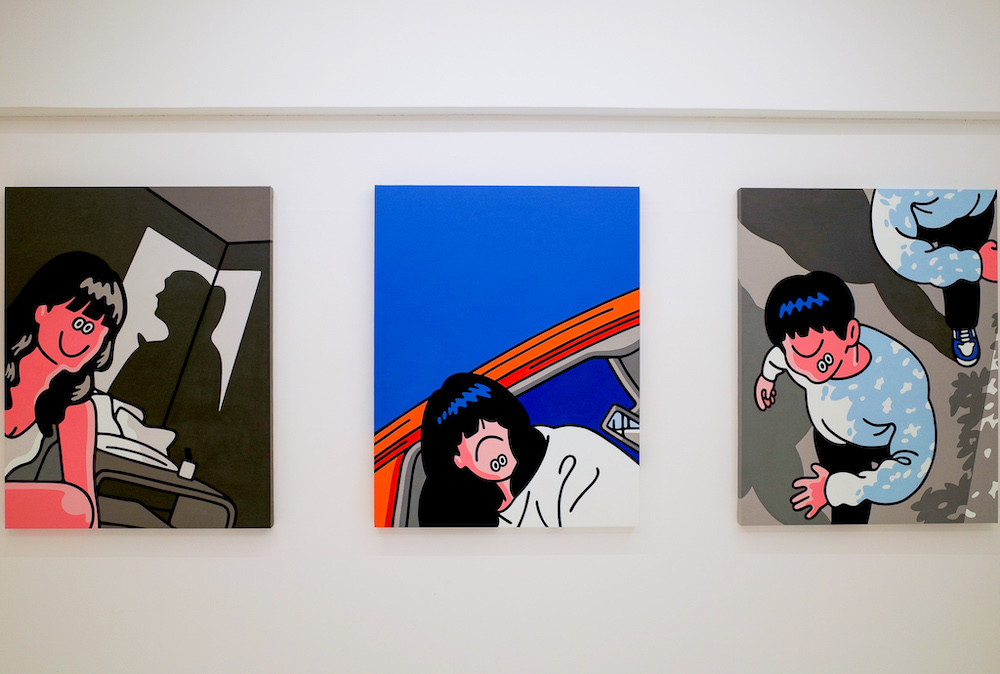 The title of the exhibition is "Taking Peace for Granted" and focuses on the theme of getting "too comfortable." FACE commented on how the origins of his works and the current times have overlapped, saying, "These faces were created out of just such circumstances. When 9/11 happened, a lot of very tragic videos began to circulate. However, when Japanese people went through those tragedies, they always still appeared to be smiling in some way. Since then, I've drawn freely with peace as the theme, and this face was born to portray the uniquely Japanese atmosphere and laxness. Twenty years later, COVID-19 is creating the same kind of scene, making this title perfect for right now." 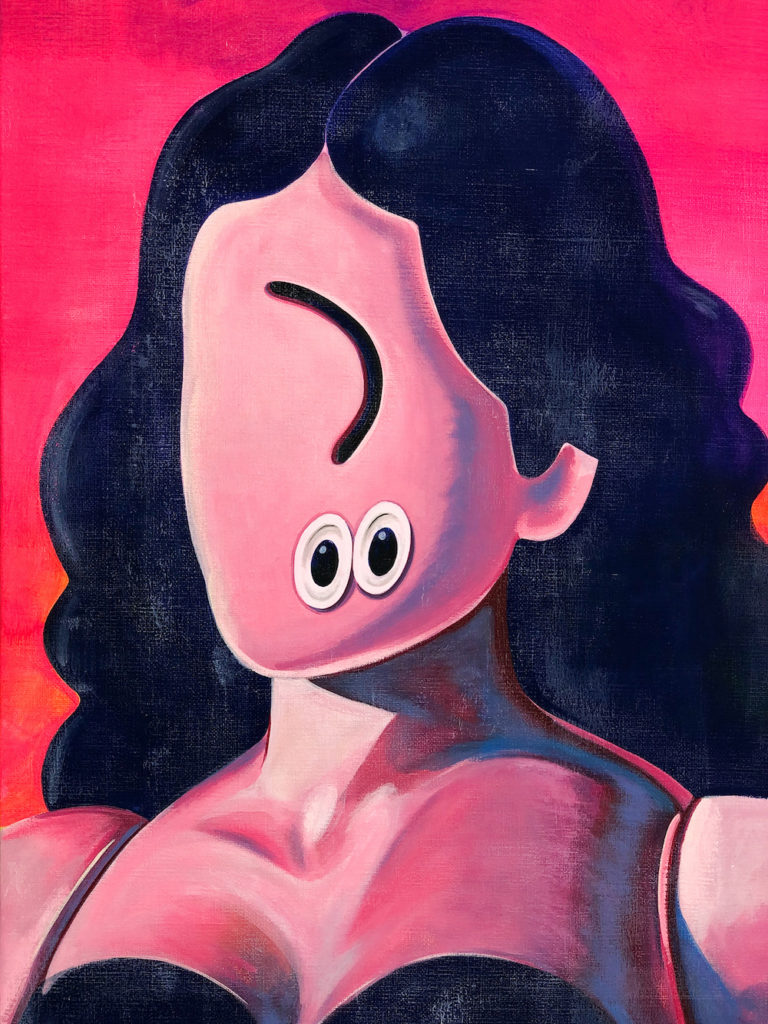 Deciphering facial expressions to "read the atmosphere." FACE has roots in both Japan and Taiwan and pokes at this Japanese concept while making a story emerge from the depths of what is seen. "Whether or not these are really faces here, even I can't say (for sure). They are just assumed to be faces when they actually might not be. Maybe nothing can really be deciphered from facial expressions. Even so, I want people to immerse themselves in this ever-expanding world of cynical pop as they search deep for people's true motives based on what they're shown.