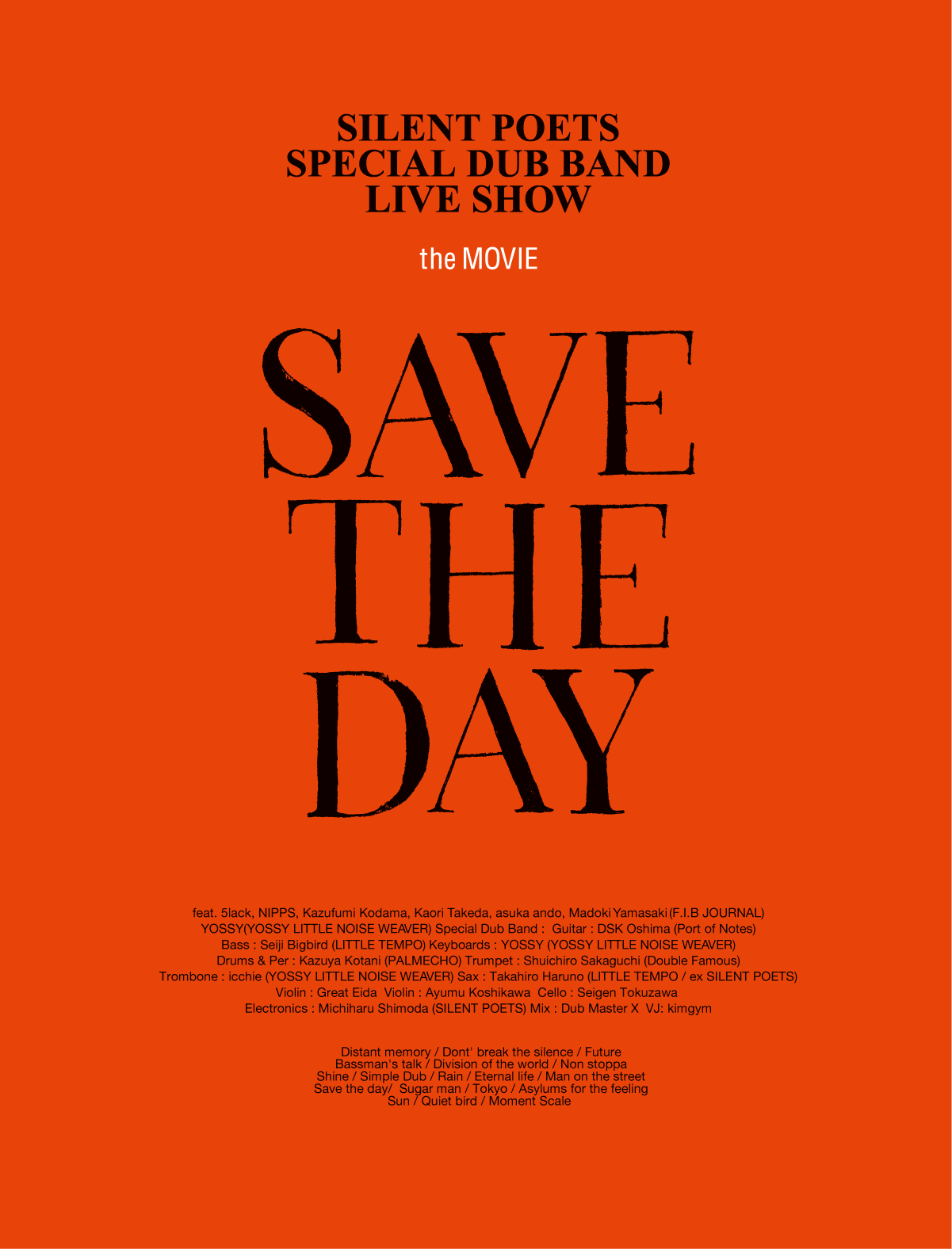 A live concert for one night only celebrating the 25th anniversary of SILENT POETS was held at Shibuya WWW last June and became legendary. In order to rekindle the memory of that miraculous night once again, a crowdfunding project has started with he aim of making ‘SAVE THE DAY - SILENT POETS SPECIAL DUB BAND LIVE SHOW the MOVIE’ as a live concert film into a film for public screening in theaters.

‘SAVE THE DAY: SILENT POETS Special Dub Band Live Show – the Movie’ as a live concert film is planned for theatrical release in Tokyo (Shinjuku) and Osaka (Shinsaibashi) in January 2019.

In return for supporting the crowdfunding, various goods unavailable anywhere else will be prepared, such as a limited 7-inch single studio re-recording of "SAVE THE DAY" also the title of the movie, theatre tickets and a Blu-ray theatrical release video which will be the same content (expected). Please check CAMPFIRE's project page for price details and more information on this special content.
https://camp-fire.jp/projects/view/99350

SILENT POETS' Michiharu Shimoda
This year, I was able to do one-man live show at Shibuya WWW for the first full-band set as SILENT POETS SPECIAL DUB BAND at the huge milestone of 25 years worth of activity. A really wonderful miracle member gathered together for this day and raised old SILENT POETS songs to whole other level.
Even on the stage, the dense two hours in what seemed like in a dream past in the blink of an eye. There are also lots of people who are crying in the audience watching, which was the best music experience, the most exciting moment in the 25 years of performing. And with the title ‘SAVE THE DAY’ also played live I wanted to visualize and also mean “preserve" that important day. Please try and experience it soon in the special space of a movie theater. And by all means, please join this crowdfunding so that this leads to the next live concert and film.

A word from Junji Takane (Producer, SPACE SHOWER FILMS)
Hearing that SILENT POETS who I had listened to for over 20 years ago were having the first full-band live concert of their career, I came on the day with 90% expectation and 10% anxiety. As much as I like, this expectation may be too high ... But my feeling was completely unreasonable. Due to the nature of the work I do, I am watching them live fairly frequently, but guarantee it was something wonderful I’ve seldom experienced before. Initially it was recorded with the assumption that it would be broadcast, but in order to deliver it to everyone as a “movie” and “save” the brilliance of this slender, we appreciate your cooperation. 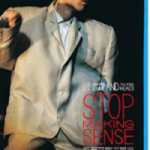 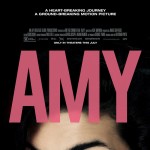 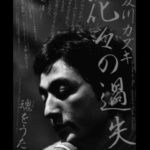 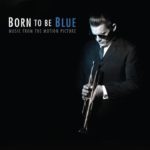