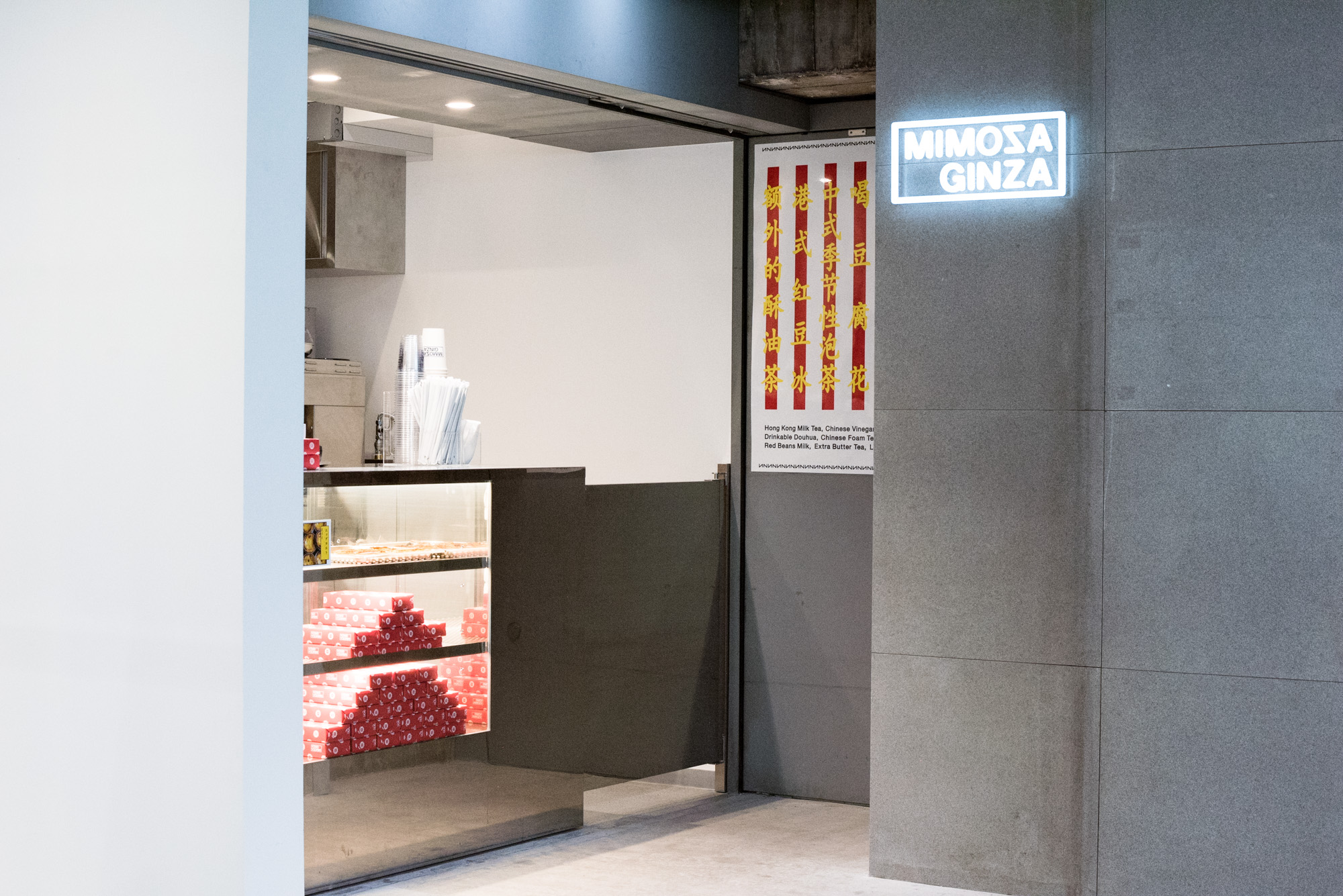 8/9​ ​was when Ginza Sony Park opened. Since then many people are visiting every day, making it a new tourist attraction in Ginza. Rare plants from all around the world from​ ​“a park where you can shop", to Ao​ ​GINZA TOKYO​ ​and the roller skate park there, each floor has a hostel of unique shops and spaces, but open quietly within all of that the first basement floor will surely make a name for itself while the number of people coming back is bound to increase because of​ ​​ ​​ ​​Mimosa​ ​ Ginza. 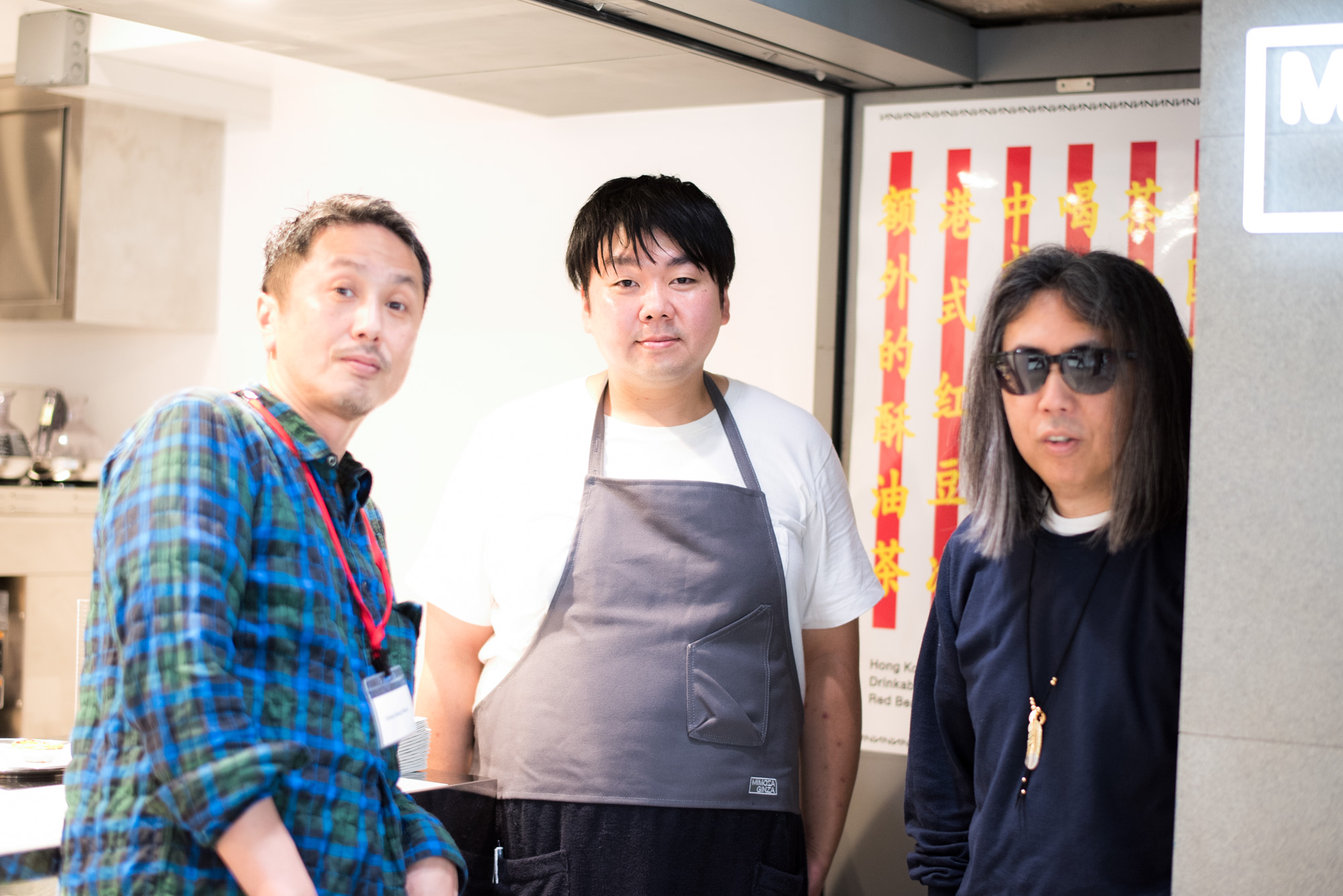 2018’s Michelin Guide single star-winning store, which has been the frequent topic of conversation between gourmets from before its opening as the first dumpling stand managed by the famous Shanghai cuisine restaurant. If you hear that Hiroshi Fujiwara and Hirofumi Kiyonaga working on​ ​​ ​'THE CONVENI' mix​ ​are involved in introducing the restaurant, expectations are bound to be quite high. They had been visiting the restaurant in Minami Aoyama for a long time charmed by Mimosa's taste, and proposed what would be a new take-out business model to owner chef Toshiro Minami. Receiving such a request, Minami says “there are many kissaten cafe called Cha Chang Ten in Hong Kong, but almost non in Japan. Every time I go to Hong Kong I wish there were shops like this in Japan​ ​​​ ​I thought ... this shop took its inspiration from there." 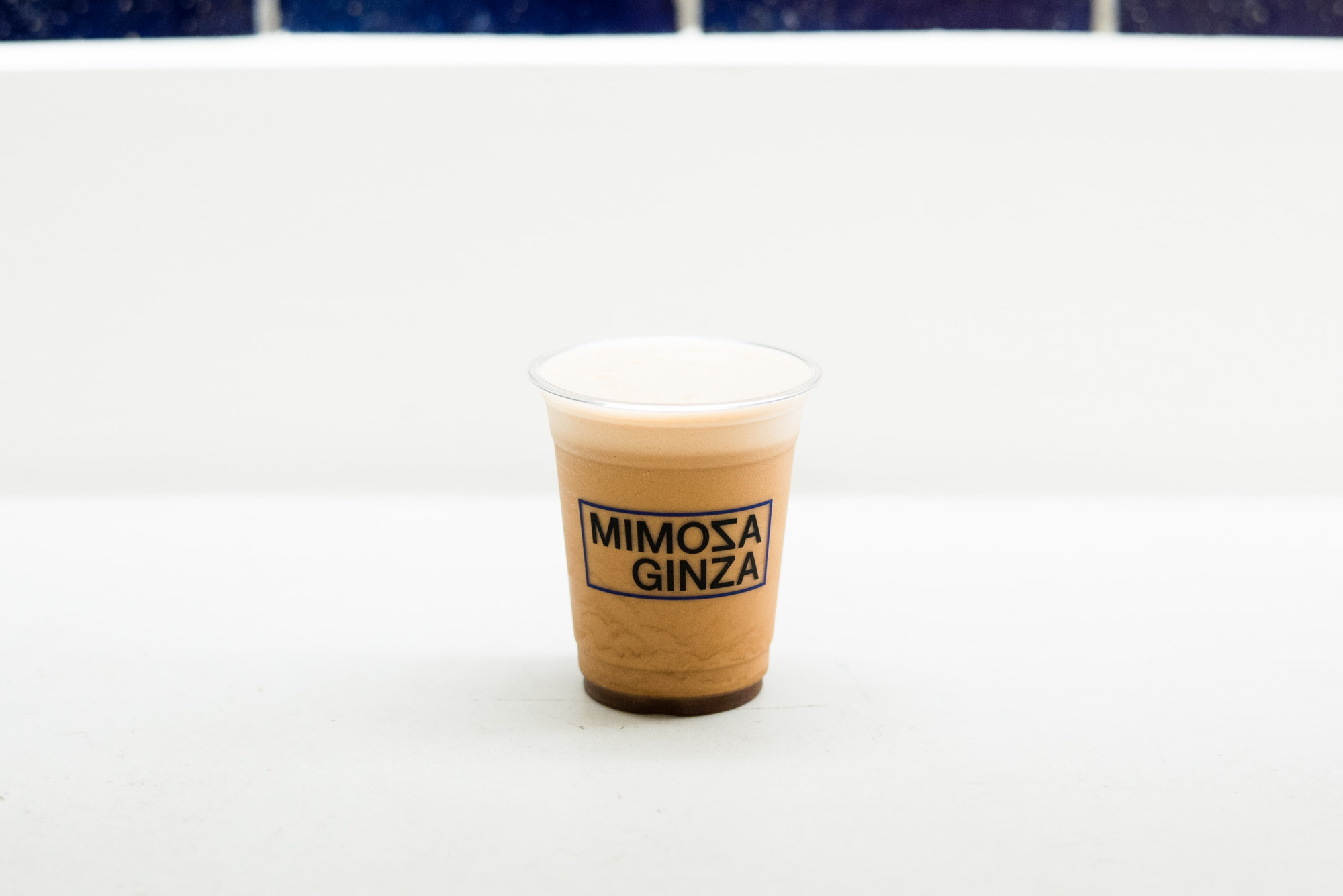 Made from the very best Pu'er tea boiled on the premises and thickly extracted, shaken with ice to react with the tea’s natural ingredient Saponin and whisked to a foam like coffee espresso —​ ​“Chinese Seasonal Foam tea"（550yen ). Comes in​ ​ 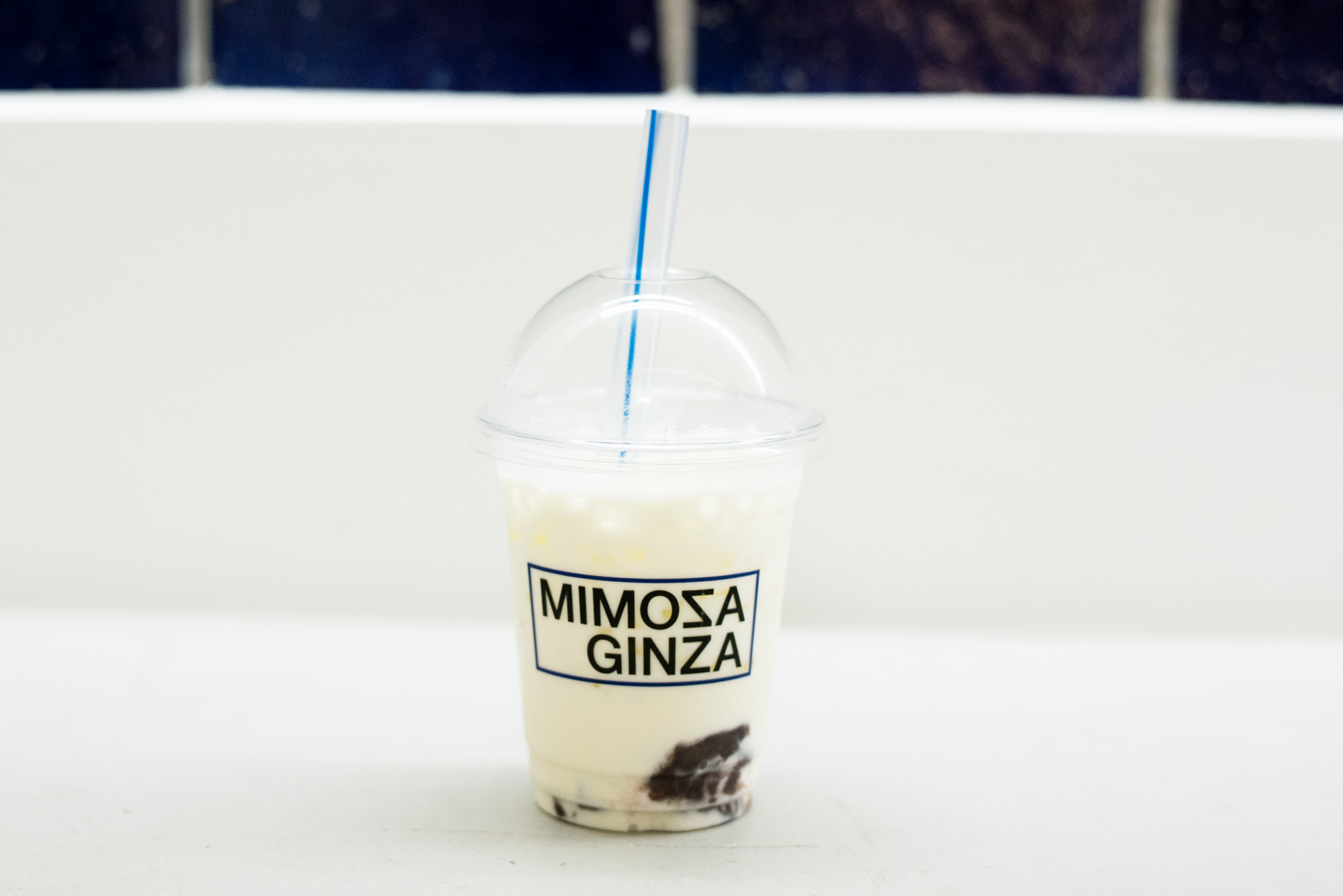 Azuki and milk, non-additive Condensed milk, and topped with Ice cream —​ ​“Hong Kong style 'Azuki' Ice"（550​ ​yen). The gentle sweetness is just right for a break after walking and even more delicious if you drink it like a vanilla shake. 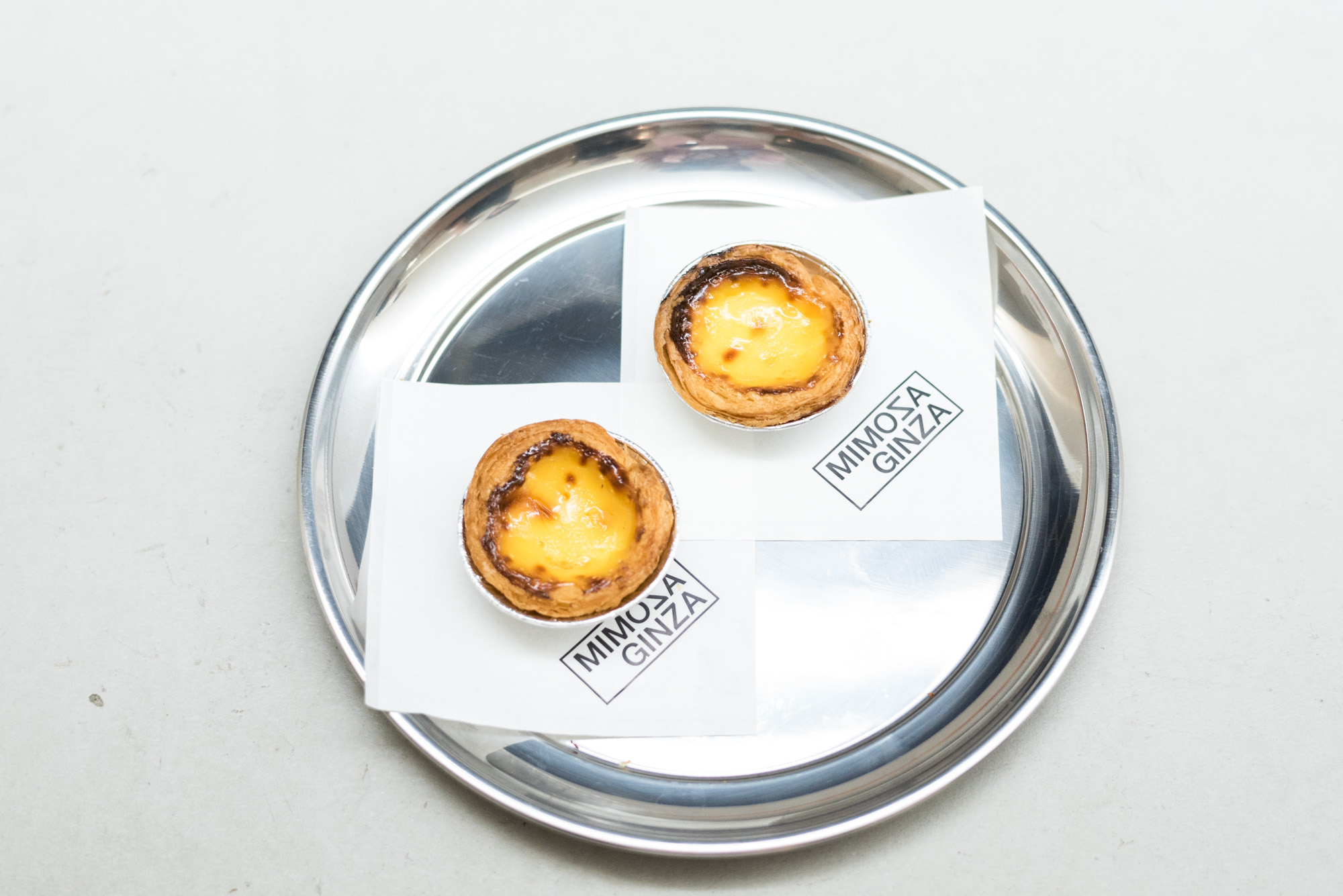 The famous​ ​“Egg tart"（​each​ ​200​ ​yen) is a crispy texture of buttery dough that is also popular in Mimosa, and here it is sold and arranged for take-out. Ideal for a souvenir. 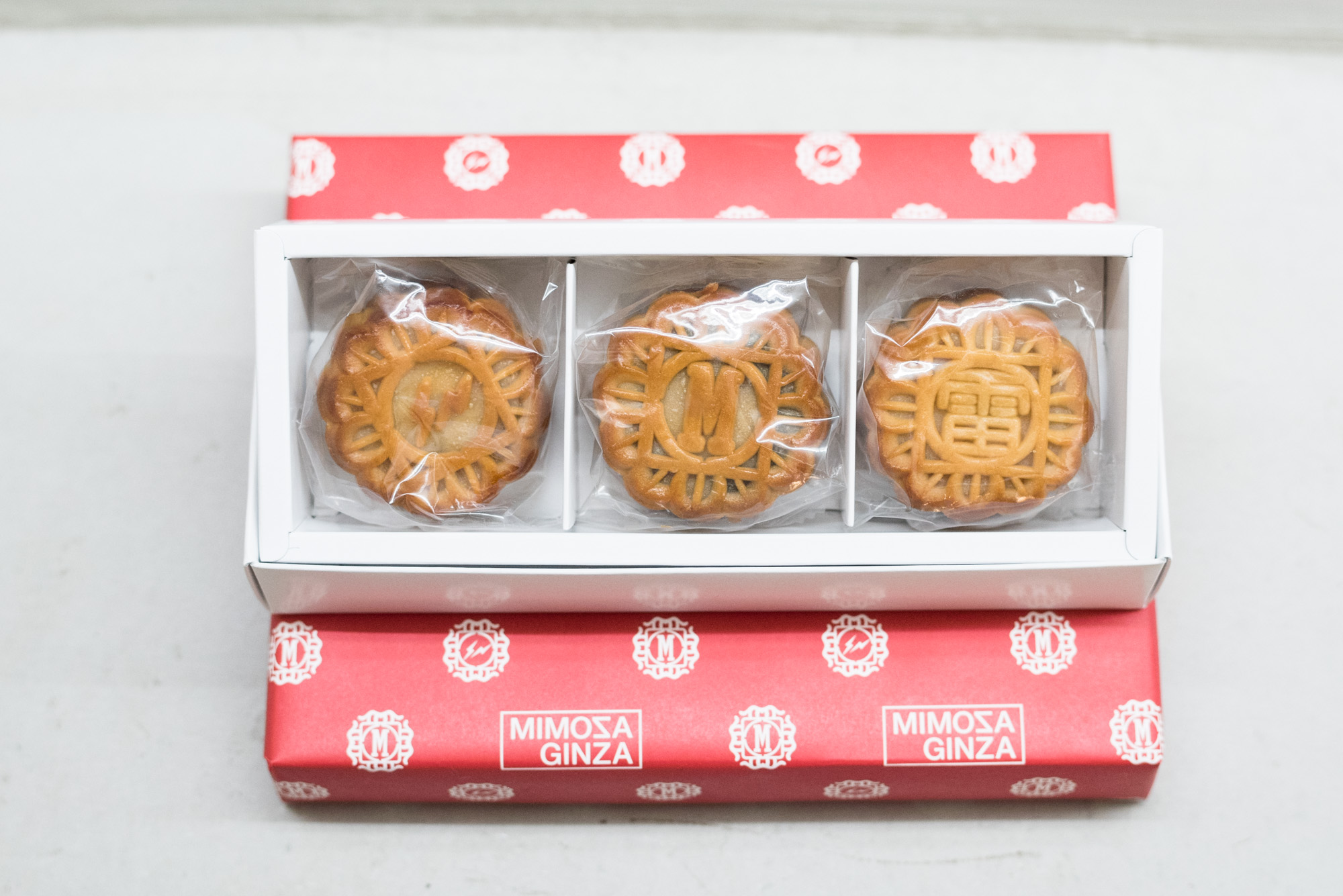 FRAGMENT DESIGN​ ​collaboration​ ​“Mooncake"（1500yen ). Comes in​ ​3​ ​pieces,​ ​2x bean paste,​ ​​x chestnut. On the surface are Mimosa’s initials and the main​ ​FRAGMENT DESIGN​ ​​ ​Inazuma motif imitating the​ ​“Thunder"​ ​character, and decorated on each one.

About​ ​10​ ​different type of drinks, mainly Chinese tea, are handled at the store, along with a variety of exquisite dim sum. All drinks are original, developed when it opens, and is nice to enjoy casually like a coffee stand. “Although it’s simply called Chinese tea, the essence is different again where it was British and Macao, which was a French colony. This time I came up with a menu researching from scratch including tea trends that young people would enjoy. I would be happy if you casually dropped by and stopped briefly before going to work,” says Minami.

Besides a rich original blend of​ ​“Extra Butter tea"（550​ ​yen) , Mimosa Ginza has put together an elaborate menu such as​ ​“Chinese Vinegar soda"（450​ ​yen),​ ​ made with a twist of spices such as Star Anise and Sansho pepper in vinegar and lemon. There's also an array of delicacies carefully produced from famous stores that cannot be tasted anywhere else. There is absolutely no reason to visit Ginza after all and not see it for yourself.