This album again after all this time. 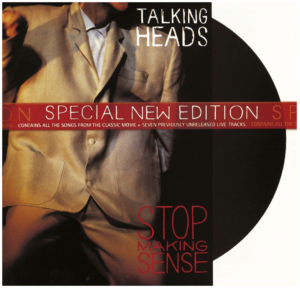 Although I could say my favorite Talking Heads song ‘Heaven’ is my favorite song in the concert film,
but actually it isn’t on the regular edition. So, what I listened to back then was recorded on cassette tape from Laser Disc.
And was briefly reminded of it, although the Special Edition had been released roughly 20 years ago already.
The first thing written for Ring of Colour was the Blu-Ray of this film.
Stop Making Sense

I good film and concert I often think about.